Diwali 2021: What to know about the festival of lights

The Hindu festival of Diwali, which symbolizes new beginnings and the triumph of good over evil and light over darkness, was being celebrated Thursday by millions of people worldwide.

The festival is celebrated mainly in India, but Hindus around the globe, particularly in other parts of Asia, also gather with family members and friends to socialize, visit temples and decorate houses with small oil lamps made from clay. It’s also marked by raucous parties and fireworks displays, often throughout the night. "This festival is as important to Hindus as the Christmas holiday is to Christians," writes National Geographic.

When is Diwali 2021 and who celebrates it?

Diwali is celebrated over five days with the main festival taking place on Nov. 4. It occurs annually in autumn during the Hindu month of Kartik - begins around mid-October and ends in mid-November, according to the  Farmer's Almanac.

"Specifically, Diwali occurs on the darkest day of the lunar month, which is the day of the new moon," the periodical states.

In most of India, Diwali actually consists of a five-day celebration and peaks on the third day. In other places where Diwali occurs, usually, only the main day is celebrated (Nov. 4, 2021).

Diwali marks Hindu god Ram’s return to his kingdom after 14 years in exile. Hindus believe that during Diwali the goddess of wealth, Lakshmi, will visit their homes if they are illuminated and decorated.

The Diwali festival is also observed among Jain, Sikh, and Buddhist faiths. While each religion marks the festival with different historical events and legends, they all represent the victory of good over evil.

But the holiday is also celebrated throughout India, Singapore, and several other South Asian countries as a national holiday - meaning that people outside these religions may participate in Diwali celebrations as well, according to the Farmer’s Almanac. Others who are part of these religious or cultural communities outside of Asia, including here in the U.S., also regularly celebrate. 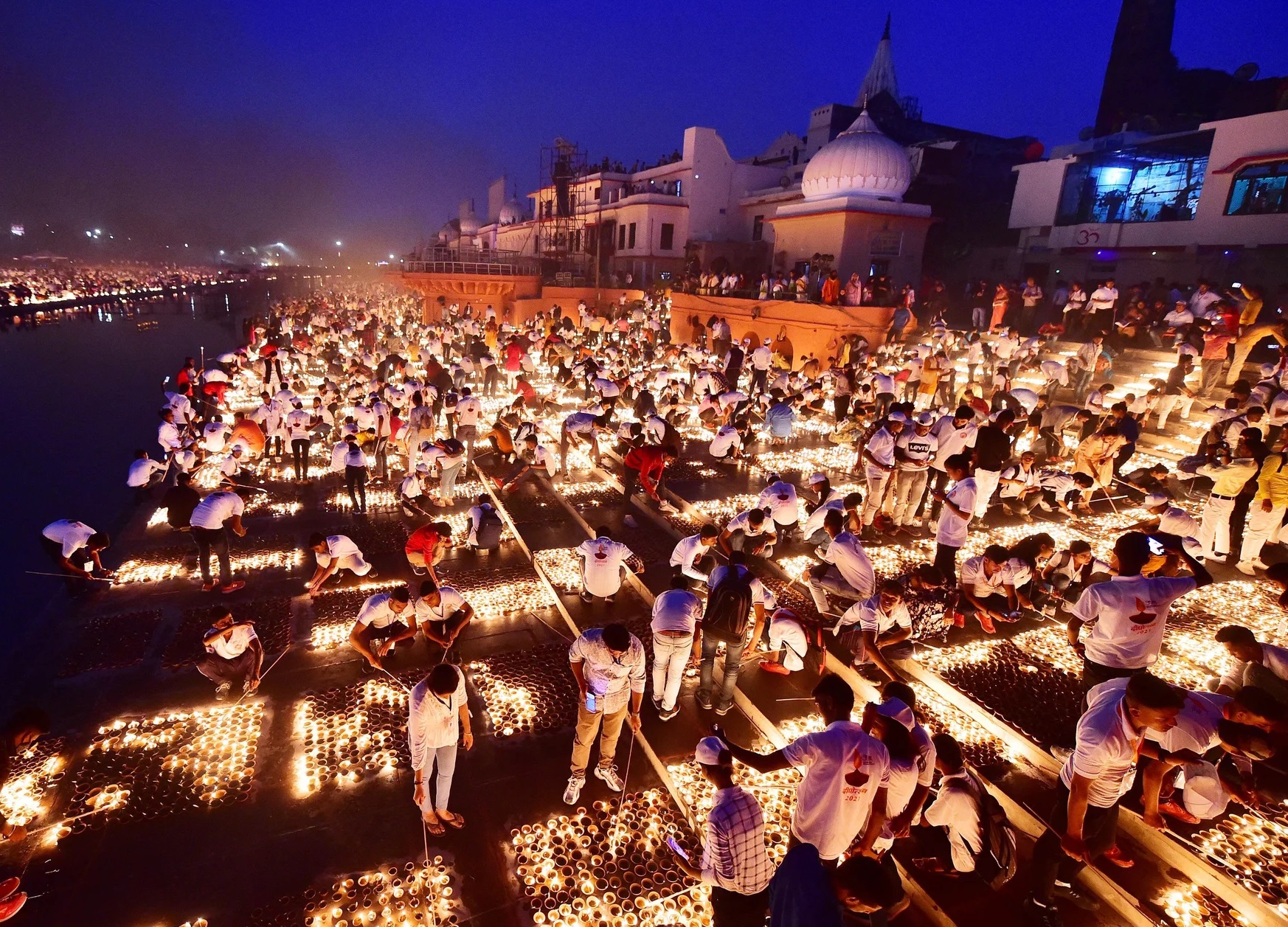 How is Diwali 2021 being celebrated around the world?

India has been lit up in a dazzling display of lights and colors this week. Brightly colored rangoli designs are drawn at the entrances of homes and offices, which are decked in fairy lights.

The celebrations were especially spectacular in Ayodhya city in northern Uttar Pradesh state, where over 900,000 earthen lamps were lit on the banks of the Saryu River as desk fell Wednesday. Hindus believe the city is the birthplace of the god Ram.

In eastern Ahmedabad city in Gujarat state, devotees worshipped their account books as the festival also marks the start of the new Hindu financial year.

The day was marked as Tihar, also known as Deepawali, in neighboring Nepal. There, the five-day celebrations began Tuesday and people thronged markets and shopped for marigold flowers, which hold huge cultural significance during the festival. On Wednesday, devotees celebrated dogs that are regarded as the guardian of the Hindu death god Yama.

In Malaysia, Hindu devotees prayed at temples and lit clay oil lamps. Some climbed the colored stairs to pray at the Batu Caves temple just north of Kuala Lumpur to pay homage to their deity, Lord Muruga.

People also celebrated with friends and families in Indonesia, Japan, and Taiwan.

New York City hosted a firework show on the Hudson River on Wednesday evening in honor of Diwali celebrations. The celebrations were organized by the global crypto exchange company CrossTower and the South Asian Engagement Foundation.

Source: This story was reported from Cincinnati. The Associated Press contributed. 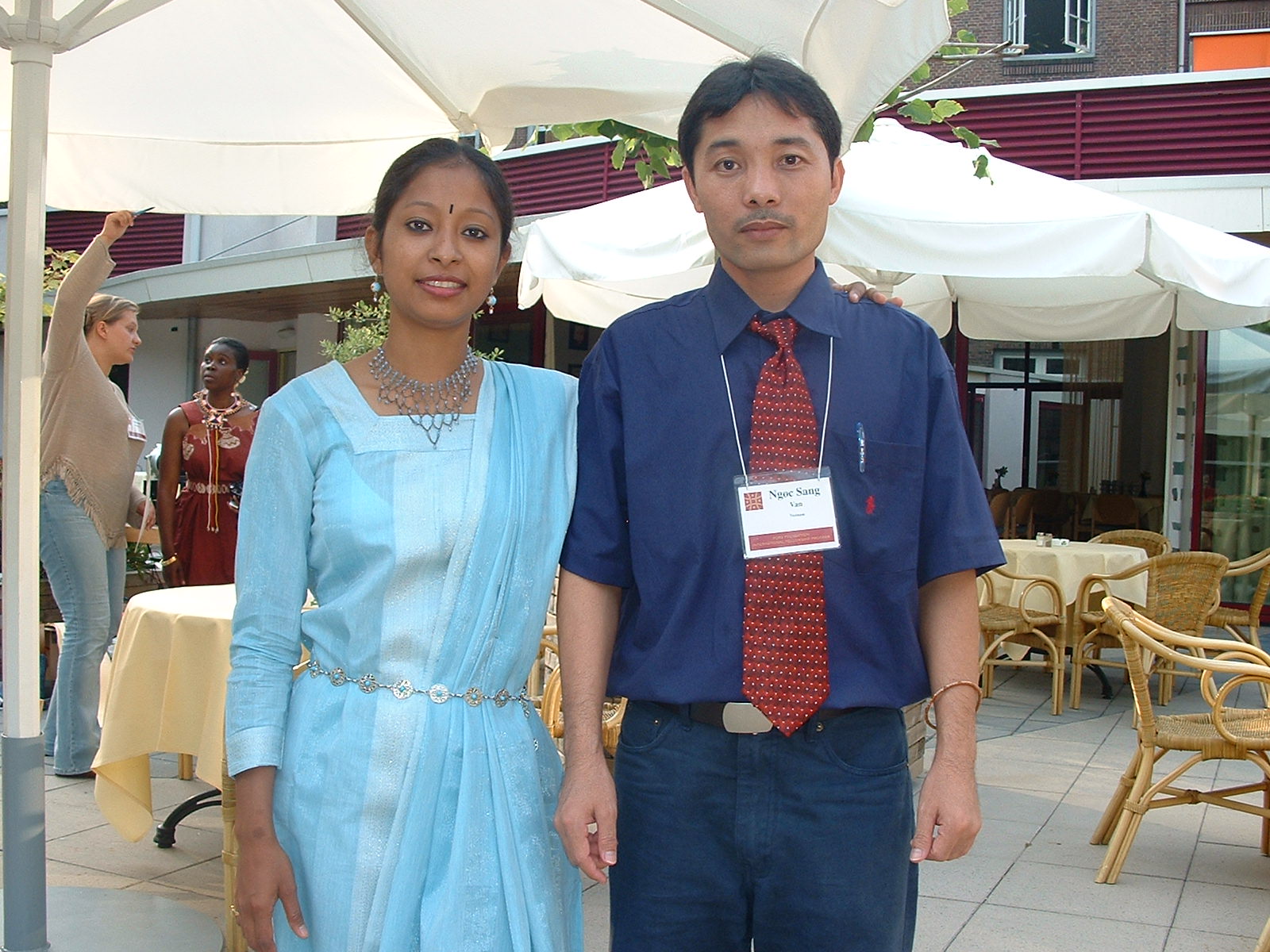